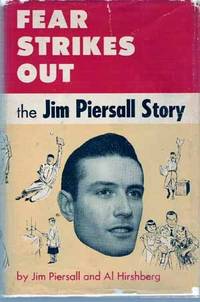 Weeks after the Cubs signed Milton Bradley, and facing a now 101-year-old hoo doo after two consecutive post season collapses, Lou Piniella has opened up an Amazon account.  œI want to read [John] Wooden™s book on winning, and buy a couple of sports psychologist-type books, Piniella told NBC’s Tom Fornelli. œI™ve got to take it upon myself to do things a little differently when we get to postseason, and I will.

œI don™t know exactly what, but I™ve been searching. I™ve been talking to my coaches about it since I™ve been here. The fact that this team hasn™t won in so long, it™s going to take a little different approach, as opposed to just letting them play.

In other Cubs news, Carrie Muskat writes up the trade for outfielder Felix Pie to Baltimore for two pitchers, lefty Garret Olson and righty Henry Williamson.  At this point, it’s obvious that whatever Pie “ a talented player to be sure “ needs to get over in the big leagues, it’s not to be found in the Cub system.

Bleacher Report’s Kevin Trahan has a piece that’s both old news and just wrong on why so many baseball fans hate the Cubs.  Trahan says it’s because the Cubs blame others for losing and they use being a loser as advertising.  Agreed: Steve Bartman was unfairly blamed for his legendary interference, but it’s hard to see how any other group of fans would have treated him any different.  It’s also old news, unless Trahan has some recent incident against Bartman to report.  If anything, Bartman’s repeated invitations to Cub fan signings and sports memorabilia events indicate that if he’s not totally forgiven, he’s also not hated nor in fear of his life anymore.  Secondly, Trahan’s argument, that the Cubs use their legendary losing streak as advertising as to why fans around the country hate them, also makes no sense.  The Cubs are losers in the World Series.  Regular season records against the Cubs leave repeat World Series vets the Cardinals and the Dodgers nearly dead even in their team match-ups.  The problem is, the Cubs keep coming back to beat them down when the other side needs to win most.  How many times have the Cardinals won the Series?  And yet they can’t beat the Cubs?  I’d hate the Cubs, too if I were them.  Let’s just say, Sox fans don’t hate the Cubs because they’re losers, they like that about the Cubs.  If Trahan is correct that the Cubs are losing fans nationwide, keep in mind two things.  The Trib Co has severely cut down on the number of free games seen nationwide in recent years, and the Cubs suffered two nationally televised major post-season collapses in front of the baseball world.  That combination seems much more lethal than anything else.

And speaking of unlovable losers, George W. Bush’s nationally televised farewell was easily topped in my house this week by that of Kerry Wood, who took out full-page ads in the Trib and the Sun-Times to thank Chicago fans for supporting him all these years.  At least he knows why he was a Cuball these years, as his inexplicable popularity explain it more than appearing in only 69 games since 2004 (including his 2008 stint as a full time closer).

And finally, the Obama surge of optimism is apparently boundless, as we learned when the least popular Wrigley pitcher in modern memory, Latroy Hawkins, finally found a Chicago in the President-elect himself.  As Hawkins told MLB.com, his family got hold of a set of highly prized tickets to tomorrow’s Inauguration:  “Obama is showing my kids “ my kids who have seen that their dad has been successful “ that you can do anything. In my household, it’s important, because it shows you can be successful in something other than sports.”  Hey, God Bless, Latroy. If anything proves Obama is a Sox fan, this is it.