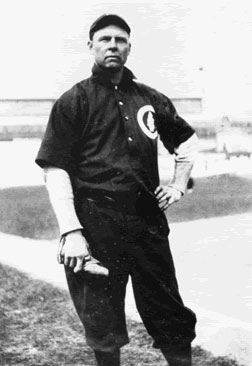 The Dodgers tonight are announcing the acquistion of a vintage 1980s and 90s arm from the Padres, that of Greg Maddux, now 42 years of age. Longtime readers of this space will recall that agent Scott Boras once shopped Maddux around the NL as a pitcher who elevates the skills of all those around him (no word refuting that yet from LA’s touchy soloist, Jeff Kent) . The LA Times‘ Dylan Hernandez reports it this way:

Greg Maddux is on his way back to Los Angeles to try to help the Dodgers make another push for the postseason.

The Dodgers reached an agreement with the San Diego Padres on Monday to acquire the 42-year-old right-hander in exchange for two players to be named, according to sources familiar with the deal who spoke on the condition of anonymity because the trade is pending league approval.

Because league rules prohibit team officials from discussing players who are on or have cleared waivers, Rawitch and Colletti could not acknowledge that the Dodgers were in talks with the Padres on a potential deal.

Maddux, who is earning $10 million this season, cleared waivers earlier this month.

The future Hall of Famer will probably move into the Dodgers’ rotation, which became a man short Thursday when opening-day starter Brad Penny was moved to the disabled list for the second time this season because of shoulder inflammation. Manager Joe Torre said he did not expect Penny, who was sidelined for two months in his first stint on the DL, to pitch again this season.

Gregg Doyel : Doing Everything In His Power Not To Invoke George Carlin’s “Baseball vs Football”

Leyland : With Or Without The Mayor, We’d Suck

The 2008 Seattle Mariners : At Least They’ve Got Great Taste In Comedies