I hadn’t planned on posting anything Cub related until Labor Day, as everyone knows the Cubs are taking the division in a cakewalk and October is all that matters.  But as Keith Olbermann likes to say, events insist.  At Yankeeland Amusement Park yesterday, Carlos Zambrno blasphemed:

“You come into a ballpark like this and you see great things,” the Cubs ace told The Associated Press on Saturday before his team’s 10-1 exhibition loss at the sparkling ballpark in the Bronx.

“You wish that Chicago’d build a new stadium for the Cubs,” he said.

Holy shit, there’s gonna be an Obama Tea Party on Waveland Avenue. Given the current irrelevance of the Recublican party nationwide, Zambrano’s plea could do some damage.  After all, Obama is normalizing travel with Cuba and pushing for Palestinian Statehood.  Stem cell research is legal and Obama fired the head of GM.  Ask Soxpert Rob Warmowski, Wrigely Field ranks right about with Orange County, CA and the 700 Club as unassailably Republican.  Then Zambrano asked for a new Wrigley … while famous Cub fans like George Will, Donald Rumsfeld, Henry Paulson, and Dick Cheney have yet to comment, look for a “trader revolt” style “tea party” soon.

That Zambrano is right has nothing to do with it. 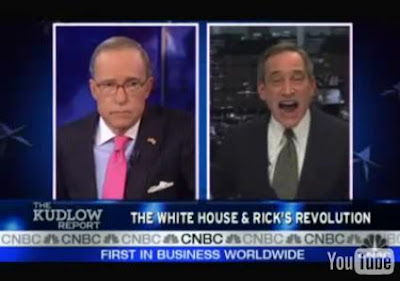 [Reaction to Zambrano at the Chicago Merc was predictable …]

“I don’t see why,” Piniella said when asked if the Cubs need a new stadium. “Wrigley’s got its own uniqueness. There’s no question the facilities need to be redone but that’s going to happen.

“My favorite time of year is when the ivy turns green. It’s really a great environment to play a ballgame,” he said.

The full Sun-Times accounting from the AP wire can be found here.  There will be blood.

Battle Of The Nitwits ’08 : Ryan Dempster Vs. Kevin Millar

It’s Official : Matt Kemp Is To Blame For The Dodgers Sucking, Having No Money, etc.