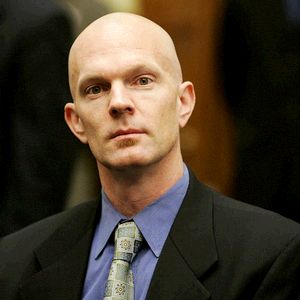 [Thanks to David Williams for the link.] While it’s nowhere near as serious as torture investigations, Katrina, or invading countries on false pretenses, it’s nice to see one aspect of Bush Era overreach undone.  In this case, the 9th U.S. Circuit Court of Appeals has ordered the Federal Gov’t to return test results confiscated illegally from the players union.  The tests, once thought to name 104 players for banned steroid use, were confiscated by the government before they could be destroyed in 2003, as players were promised they would be.  Since falling into gov’t hands, the list has been the basis of steroid stories naming ballplayers who agreed to be tested anonymously. That same list  is now strongly disputed by the union itself for two reasons, 1) the players union says substantially fewer than 104 players tested positive, and 2) that the results can even be called “positive,” since at least 13 players tested “inconclusive,” as David Ortiz did.  8 others tested positive for then-legal supplements, and the rest “ who knows?  Still, the myth of 104 positive tests is what the NY TIMES Michael Schmidt based his now unsupportable accusations on against David Ortiz, Sammy Sosa, and Manny Ramirez as confirmed users of banned substances in 2003.  The NY TIMES can’t confirm what they tested for “ but “outted” the players using information from credibility challenged prosecutors anyway.   The Silicon Valley Mercury News’ Howard Mintz reports the following on yesterday’s decision:

Meanwhile, Wednesday’s ruling marked the latest legal twist in a long-running court fight over baseball’s drug-testing program. The 9th Circuit slammed Justice Department officials for being overzealous, noting that they seized records that went well beyond 10 major league players linked to BALCO, including testing data from hundreds of baseball players and athletes from 13 other sports.

“This was an obvious case of deliberate overreaching by the government in an effort to seize data as to which it lacked probable cause,” Chief Judge Alex Kozinski wrote in a 9-2 decision by a special 11-judge 9th Circuit panel.

Jack Gillund, spokesman for the U.S. Attorney’s Office in San Francisco, said prosecutors are reviewing the ruling and evaluating their options, which now appear limited to appealing to the U.S. Supreme Court or dropping the issue.

Attorneys for the players praised the ruling but expressed concern that the damage has already been done to some players whose names have been publicly linked to the list.

“The unfortunate thing is that people illegally leaked information that was unconstitutionally seized,” said San Francisco attorney Elliot Peters, who represents the Major League Baseball Players Association. “People’s reputations have been damaged because of that.”

The 9th Circuit ruling came in a government appeal of three lower-court rulings that also barred the use of the testing results, which involved the league’s 2003 anonymous testing program to determine the extent of steroid use in baseball. Federal investigators seized the drug-testing records in 2004 in connection with the probe into the Burlingame-based BALCO lab.

Ryan : What Part Of “The Astros’ Aren’t Obscenely Profitable” Do You Not Understand?

Smaller Than Small Ball : Powers On The Tweeny Twins