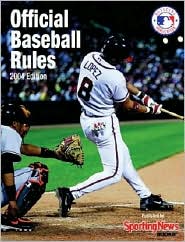 In a sense, both MLB rules changes for 2009 are attempts to make sense of a world beset by uncontrollable, random occurrence. While it’s one thing to address the vagaries of weather in postseason games, it’s something else entirely to imply that the rules robbed a team of its allegedly rightful home-field advantage in the postseason.

The end of the MLB coin flip has its roots in the 2008 AL Central campaign.  Despite being given at least a dozen opportunities to exploit the injured White Sox and take the division in the traditional manner, the Minnesota Twins’ season-long huff-puffing forced them to a one-game playoff against the injury-hobbled division leaders.  The home team of that game was decided, as per the old rule, by coin flip, bringing the contest to Chicago, where the Twins were shut out 1-0.

Miffed, Minnesota promptly began an off-season campaign of sobbing and bitter, bitter tears that found a sympathetic ear.  GMs voted last week for the rules change banishing the coin flip from any such decisions in the future.  The home field in such a scenario will now be decided by the season record between the teams instead of an arbitrary coin flip, or by drawn lots in the case of a multi-way tie.

The Twins’ newfound distaste for contests being hinged on the random, unpredictable motion of flying objects is remarkable, given the historically huge number of Twin extra bases attributable to the carpeted concrete of the Metrodome and the insanely erratic paths of grounders upon same.  Then again, it is that very monstrosity that has a date with the wrecking ball after this season, forcing the Twins into the open — where the sky isn’t colored like a baseball.  Maybe they just see the writing on the baggie. Bravo to Burl Ives and company for finally embracing a more deterministic future.